The city remains a tragic monument to deliberate devastation of the environment, which results in excessive human interference in natural processes. Muynak — a real city, a tragedy, dying along with losing their water and the value of the Aral Sea. Earlier Muynak was one of the two major fishing ports of the Aral Sea, […]

A small town in the Ferghana region of Uzbekistan, located about 20 kilometers from the regional center, the city of Ferghana. Just like a lot of other cities in the Ferghana Valley, it has a very advanced age. Even until nowadays the exact date of the foundation of the city failed to be definited. However, […]

Chashma — Ayub (XII c). Another attraction, located in the park Samanids — Chashma — Ayub (Job Source). The Mausoleum is a complex rectangular structure with the suite of four rooms, each built at different times. The most ancient room is crowned by a double dome with a conical skufey. Its construction is credited to […] 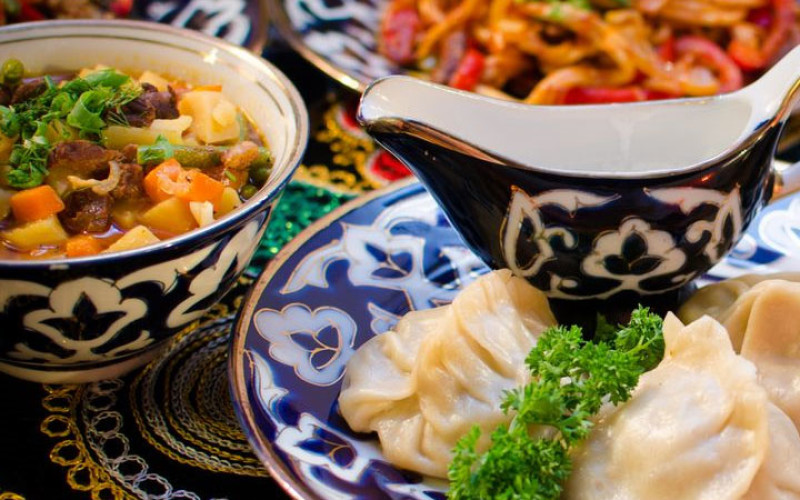 We are always extremely delighted to welcome a traveler in Uzbekistan. In Uzbekistan not everything is used to be measured with money, and as a result, you unexpectedly find yourself in the atmosphere of those forgotten values that always were important and universal in all times! Tell me, what could be better than an absolute [...]
State Museum of Arts named after I.V. Savitsky In May of 2009 year, the famous magazine New York Times Travel Magazine included the Museum of Fine Arts, from the little-known Uzbek city of Nukus, into a list of 29 places in the world, which will surely shake up your imagination. Do not rush to curl [...]
The Great Silk Road Honor and praise to the ancient merchants who were pioneers. Someone left home for a far way because that could enrich him, and someone was called in a road just by curiosity and thirst for knowledge. Rumors about the legendary riches of distant lands scattering with unusual speed, pushed the boldest [...]