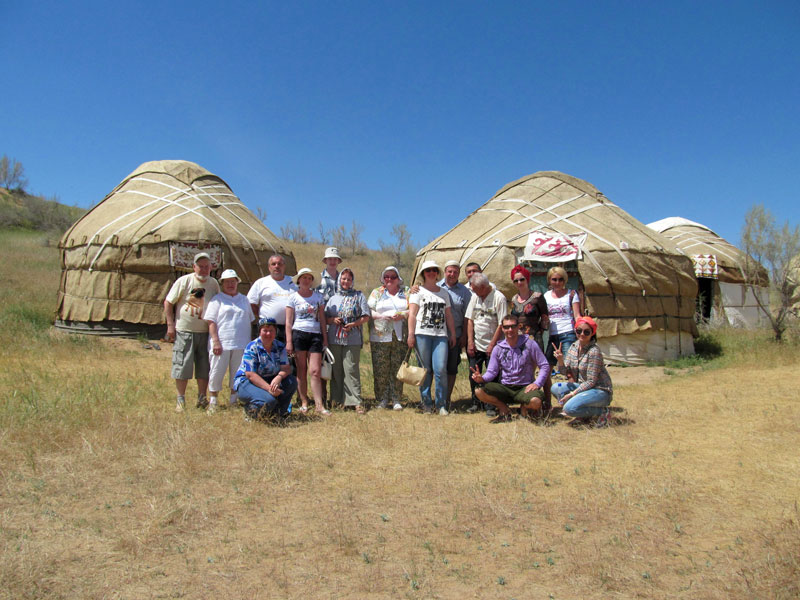 Duration of our “Spiritual journeys through Silk Road – 5 stans” itinerary covers 5 countries which are Kazakhstan, Kyrgyzstan, Uzbekistan, Turkmenistan and Tajikistan with over 17 different cities. This land of ancient civilizations had witnessed rise and fall of many empires and kings such as Sogdians, the Macedonians, the Huns, the Seljuks, the Mongols, the Temurids etc. You will see the sights of the mysterious East. You will find a fascinating journey through the five Central Asian countries. The ancient cities of fascinating history, legends and ancient monuments, noise and odors spice bazaar, culture, lifestyle and unique hospitality of the local people — all these and more will wait you during this exciting and full of adventures tour.
Welcome to Central Asia!

Day 1: Almaty, Monday (Kazakhstan)
Arrival to Almaty in the evening, meeting at the airport, transfer to the hotel. Check in to the hotel.

After breakfast, full day sightseeing in Almaty: you will visit a popular place for local people – Green Bazaar. It is a great chance to experience an atmosphere of the real Central Asia market. Continuation of excursion: visit one of the oldest Almaty Panfilov Park, where located on of the unique wooden buildings in the world – Zenkov Cathedral and Memorial of Glory and Eternal Flame. After excursion you will go outside of city to explore Medeo Gorge, where located the highest mountain staking rink in the world. Next destination is the Kok-Tobe hill where the tallest TV tower in the world is located and you can see the amazing panorama of the city from the special observation deck. The tour ends with short ride from the top of the hill to the center of the city by famous Almaty cablewas. After excursion, transfer to hotel.

After breakfast transfer to village Arstanbap, located in the valley with walnut forests. On the way stop at the Toltogul reservoir& village of Bazar-Korgon.

In the morning, we will visit a small waterfall. After observation, transfer to Osh.

After breakfast, excursion in Osh. You’ll visit local museum and Suleiman-Too Sacred mountain, one of UNESCO site. After excursion, transfer to Kyrgyz/Uzbek border “Dustlik”. After border formalities, transfer to Fergana.

Today we will see Margilan and Rishtan — two famous cities of Fergana valley, which is used to be called as ‘Garden of Uzbekistan’. Margilan – ancient city of Uzbekistan was laying in the crossing of the ways of Great Silk Road and still is famous as craft centre of silk producing. Exactly here ‘Yodgorlik’ silk factory is located, where we will see silk producing process step by step. After excursion in Margilan we will also make a visit to Rishtan – famous pottery producing centre. Ceramics producing had appeared here about 1000 years ago. Ceramics of Rishtan’s craft men in blue “ishkor” glazed was in requisition at the territory from China till Arabian Peninsula – in extension of whole Silk Road, although many famous ceramists from other regions has painted pottery with leaden-colored glaze too. After excursion proceed to Fergana.

After breakfast, transfer to Uzbek/Tajik border “Patar”. After border formalities, transfer to Khujand – a former of Alexanria Eshata. Upon arrival, accommodation at the hotel. Sightseeing of Khujand: visit Oriental Bazaar, Mosque of Shaikh Muslihiddin and Museum of Archeology and fortification.

On arrival in Tashkent you will be met by our representative with meeting board “Asia Travel Discoveries”. Transfer to hotel. After short rest, sightseeing of Tashkent. We will start from the exploring of Old city: visit Khast Imam Complex with Barak Khan Medressa, Mausoleum of Yunus Khan & Kafal-Al-Shashi. Next to the Old city under the green dome lies Chorsu Bazaar — one of the largest and oldest in Central Asia. Behind the bazaar is Kukeldash Medressa – an Islamic school that located beside the Juma Mosque dated back to 15th century. Also, we visit Abdul Kasim Medressa where we can see a lot of souvenirs workshops. After lunch we will continue to explore New city and visit Applied Arts Museum where kept the best Uzbek handicrafts. Next to see Independence Square – the main square in Uzbekistan. Then we can walk to the Alisher’s Navoi Uzbek state Opera and Ballet Theatre. Finally we see the Monument of Courage dedicated to earthquake in 1966 year.After excursion transfer to hotel.

Today we will be transferred to Samarkand. Upon arrival, check-in to the hotel. We will go to the Central Registan square with the majestic Medressas dated back to different centuries: Ulugbek Medressa (1417-1420), Sher-Dor Medressa (1619-1636) and the Tilya Kori Medressa (1647-1660), Gur-Emir Mausoleum – the famous necropolis of Tamerlane. After excursion, transfer to hotel.

Continuation of sightseeing in Samarkand: visit Bibi-Khanum Mosque dedicated to one of Tamerlane’s wife. Next we visit the Shahi Zinda complex and the famous oriental Bazaar Siyob. And finally we will observe Ulugbek Observatory – one of the greatest in the middle ages. Optional excursion to Afrosyob Museum and Paper Mills.

In the morning we will be transferred to Shakhrisabz – the pearl of Orient, dated back to the XV c. All monuments in Shakhrisabz related to Tamerlane and his family. We explore the summer Palace Ak-Saray, Dorut Saodat complex and Dorut Tillavat Medressa. After excursion, transfer back to Samarkand.

Today we explore the mausoleum of the Samanids (IX-X cc.) — the pearl of Central Asia . Next we visit the tomb of Chashma Ayub (XII century.), which means «source of Job.» Bolo House complex including a reservoir, a Friday mosque and minaret. Friday Mosque Bolo House is located at the entrance to the Arc citadel. Inside the citadel was situated a town, which includes residential and office buildings: the mosque, a prison, a harem, the treasury, the residence of the Emir, etc. Then we see Poi Kalyan complex (XII-XVI cc.) includes the Kalyan Mosque , Mir-Arab and the famous Kalyan minaret. After lunch, we explore one of the biggest architectural ensembles of Bukhara «Lyabi House.» The oldest part of the complex — Medressa Kulbaba-Kukeldash, which has 160 cells and it pretend the biggest in Bukhara. Medressa «Nadir Devanbegi» was built by order of vizier Nadir-devanbegi shortly after the device pool and logically completed the ensemble “Lyabi- House”. The oldest mosque Magoki Attori located next to the ensemble “Lyabi House”, built in the tradition of figurative brick masonry and carved ornaments of archaic majolica. And finally, you see interesting monument — Chor Minor Medressa, built in 1807 on money Turkmen traveler. Until present time have survived four minarets, which gave the name of this complex.

In the morning we drive to summer palace of Bukhara emirs «Sitora-I-Mohihosa.», built in fusion of European &

Bukhara’s traditions, more than hundred years ago. Next we visit the complex of Bahauddin Naqshbandi shaykh, as well as a necropolis Chor Bakr — city of shadows, dated to the 16th century. After excursion back to Bukhara. Free time for shopping.

Drive to Khiva — ancient and interesting city and UNESCO heritage. The road will be via Kyzylkum desert and Amu Darya River, the largest in Central Asia. Kyzylkum desert, an oasis of ancient Khorezm, located among the dunes, keeping the ruins of ancient cities. «Kyzyl Kum» means «red sands». Indeed, the local sands are reddish, oddly mirrored in the waters of the great Amu Darya river. Later in the afternoon we arrive to Khiva. Today Khiva — an open air museum, rightly claims as «the eighth wonder of the world.»

Khiva is a beautiful and ancient town and perfect for exploring by walk, with impressive four walls at the centre of each side of the old city. Upon entering through its gates we are welcome by high minarets and many medressas. We visit many of these monuments including the Kalta Minor Minaret and Mohammed Rakhim Khan Medressa, Juma Mosque (XVII c.), the Islom-Khodja complex includes mosque and minaret, the Kuhna Ark, which was the main fortress, the Pahlavon Mahmud Mausoleum complex and Toza Bog Palace, which was the summer palace of Mohammed Rakhim Khan II.

Today you’ll be transferred to Nukus – the capital of Karakalpakstan. Upon arrival, visit museum of Igor Savitskiy. Museum exhibits collection of Russian avant-garde painting 20-40 years of the20th century, the world’s second largest after the Russian Museum in St. Petersburg.

After breakfast, transfer to ancient Merv for excursion.

Transfer to airport for flight to your destination.

We are Uzbekistan local tour operator.. 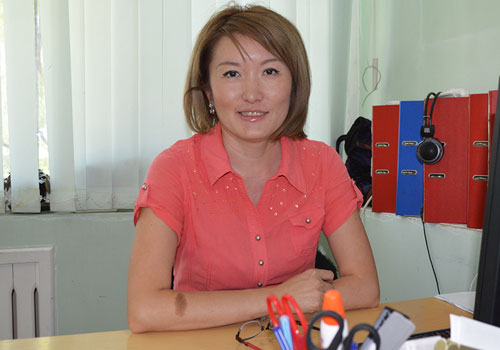