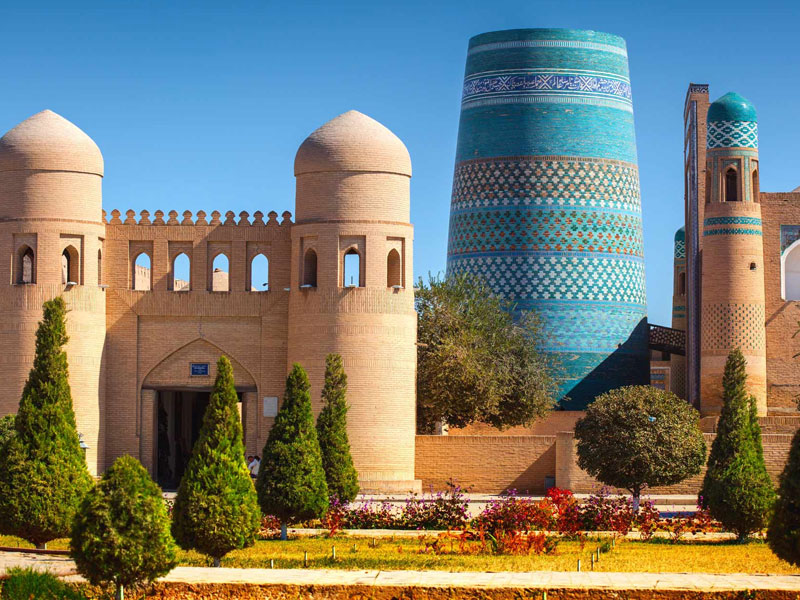 Tour-Bestseller: “Under blue domes of Marakanda”

Marakanda or Samarkand is one of the most ancient cities in the world, founded during the middle of the first century BC under the name of Marakanda, later it was called as Afrosiab. The city of legends, where Aladdin lived and the old caravan routs passed, where traders from East found customers from the West. The city which is unbelievably picturesque, it amazes everyone with its beauty and style. Samarkand was conquered by the troops of Alexander the Great, the Arab Caliphate and Genghis Khan. It was the capital of the most powerful state of Sogd, and meanwhile it became the center of Amir Temur’s great empire. Temur was the ruler who cared about the beauty of the city and its strength as a major capital city in the region. The number of monuments in Samarkand and its suburbs impress tourists with the beauty and splendor. The majestic Registan square consists of three will attract any tourist. The myths of the city live nowadays in the hearts of the people. Multicultural difference of the city with the different religions, ethnics and nationality makes the city unique place. This is the place where ethnic Jews live in peaceful neighborhood with ethnic Arabs and Iranians, where Christianity is welcomed as well as Islam and Judaism, where peace is not something what people fight for, but the daily life, that is the place of fairy-tale with perfect and ancient history and kind traditions of the people.

The tour will also present Blessed Bukhara, which is well known in the Islamic it was known the Muslim East since ancient times. More than 140 architectural monuments can be seen here, and of the major blue-domed minarets one would have to start with that is of course, Kalyan Minaret which was built in 1127. This unique construction’s height is 47 meters. The most striking feature of the minaret is its intricate ornamentation. But that is not all; there is great number of architectural buildings and monuments which deserve one’s attention.

Well, it would not be easy to convince you that Uzbekistan is likely the most attractive place for your next vacation, unless… you realize what will be waiting for you here, aware of untold exciting opportunities found in traveling to the friendly and exotic world of Orient, and know what treats to anticipate for!

On arrival in Tashkent you will be met by our representative with meeting board “Asia Travel Discoveries”. Transfer to hotel.

We will start from the exploring of Old city: visit Khast Imam Complex with Barak Khan Medressa, Mausoleum of Yunus Khan & Kafal-Al-Shashi. Next to the Old city under the green dome lies Chorsu Bazaar — one of the largest and oldest in Central Asia. Behind the bazaar is Kukeldash Medressa – an Islamic school that located beside the Juma Mosque dated back to 15th century. Also, we visit Abdul Kasim Medressa where we can see a lot of souvenirs workshops. After lunch we will continue to explore New city and visit Applied Arts Museum where kept the best Uzbek handicrafts. Next to see Independence Square – the main square in Uzbekistan. Then we can walk to the Alisher’s Navoi Uzbek state Opera and Ballet Theatre. Finally we see the Monument of Courage dedicated to earthquake in 1966 year. After excursion, transfer to airport for flight to Urgench by HY 1057 06:20/08:00 hrs PM. On arrival, transfer to Khiva (30 km).

Khiva – is a beautiful and ancient town and perfect for exploring by walk, with impressive four walls at the centre of each side of the old city. Upon entering through its gates we are welcome by high minarets and many medressas. We visit many of these monuments including the Kalta Minor Minaret and Mohammed Rakhim Khan Medressa, Juma Mosque (XVII c.), the Islom-Khodja complex includes mosque and minaret, the Kuhna Ark, which was the main fortress, the Pakhlavon Mahmud Mausoleum complex and Toza Bog Palace, which was the summer palace of Mohammed Rakhim Khan II.

Drive to Bukhara — ancient and interesting city and UNESCO heritage. The road will be via Kyzylkum desert and Amu Darya River, the largest in Central Asia. Kyzylkum desert, an oasis of ancient Khorezm, located among the dunes, keeping the ruins of ancient cities. «Kyzyl Kum» means «red sands». Indeed, the local sands are reddish, oddly mirrored in the waters of the great Amu Darya river. In the evening arrive to Bukhara and transfer to hotel.

Today we explore the mausoleum of the Samanids (IX-X cc.) — the pearl of Central Asia . Next we visit the tomb of Chashma Ayub (XII century.), which means «source of Job.» Bolo House complex including a reservoir, a Friday mosque and minaret. Friday Mosque Bolo House is located at the entrance to the Arc citadel. Inside the citadel was situated a town, which includes residential and office buildings: the mosque, a prison, a harem, the treasury, the residence of the Emir, etc. Then we see Poi Kalyan complex (XII-XVI cc.) includes the Kalyan Mosque , Mir-Arab and the famous Kalyan minaret. After lunch, we explore one of the biggest architectural ensembles of Bukhara «Lyabi House.» The oldest part of the complex — Medressa Kulbaba-Kukeldash, which has 160 cells and it pretend the biggest in Bukhara. Medressa «Nadir Devanbegi» was built by order of vizier Nadir-devanbegi shortly after the device pool and logically completed the ensemble “Lyabi- House”. The oldest mosque Magoki Attori located next to the ensemble “Lyabi House”, built in the tradition of figurative brick masonry and carved ornaments of archaic majolica. And finally, you see interesting monument — Chor Minor Medressa, built in 1807 on money Turkmen traveler. Until present time have survived four minarets, which gave the name of this complex.

In the morning excursion to Bakhauddin Nakshbandi complex and summer palace of emir “Sitora-I-Mokhihosa”. After excursion drive to Samarkand via Gijduvan – city of ceramic pottery. Proceed to Samarkand, upon arrival check-in to hotel.We will go to the Central Registan square with the majestic Medressas dated back to different centuries: Ulugbek Medressa (1417-1420), Sher-Dor Medressa (1619-1636) and the Tilya Kori Medressa (1647-1660). After excursion, transfer to hotel.

Continuation of sightseeing in Samarkand: visit Gur – Emir Mausoleum – the famous necropolis of Tamerlane and the famous oriental Bazaar Siyob, the Shahi Zinda complex, Bibi-Khanum Mosque dedicated to one of Tamerlane’s wife. And finally we will observe Ulugbek Observatory – one of the greatest in the middle ages. After excursion transfer to Tashkent. Upon arrival, transfer to hotel.

Transfer to airport for flight to your destination. End of tour.